Aponi Kai composes most of her music and lyrics under the moon and stars in far away arroyos, where she walks...

Although Aponi grew up in the mountains of Colorado and New Mexico, she was educated in Europe and Latin America. Aponi was raised by her mother, an 8th generation curandera of Spanish and Hopi Indian heritage, and her father, a Ph.D mathematician of Scottish decent. She studied languages at Georgetown University and at La Sapienza in Rome, and is fluent in Spanish, Italian, French and English. She currently resides in Santa Fe, New Mexico. 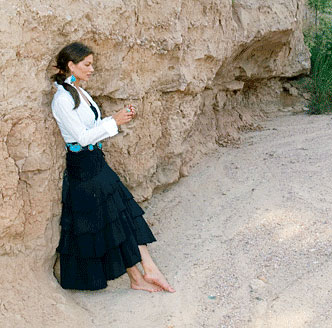 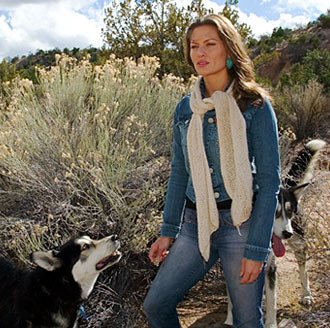